“New global dynamics in the post-Covid era:
challenges for the public, social and cooperative economy” 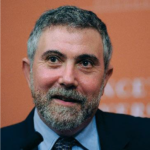 Paul Krugman
American economist, he is professor of economics and international affairs at Princeton University, Centenary Professor at the London School of Economics, op-ed columnist for The New York Times. Awarded the Nobel Prize in Economics in 2008, Paul Krugman is particularly well known for his criticism of Republican policies in the United States, especially under the Bush government, which, in his opinion, favors the growth of inequality. He also succeeded in anticipating the Asian crisis of 1997 and the subprime crisis. He is one of the fifty most quoted and influential economists in the world. 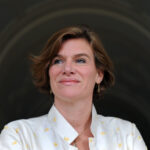 Mariana Mazzucato
Professor in the Economics of Innovation and Public Value at University College London where she is the founding director of the UCL Institute for Innovation and Public Purpose. Her work challenges orthodox thinking about the role of the state and the private sector in driving innovation; how economic value is created, measured and shared; and how market-shaping policy can be designed in a ‘mission oriented way’ to solve the grand challenges facing humanity. She is winner of international prizes including the 2020 John von Neumann Award and the 2018 Leontief Prize for Advancing the Frontiers of Economic Thought.

For the Scientific Communications, see the event website.
Photos of the congress  available here.

WORKSHOP B : CO-CONSTRUCTION OF LOCAL DEVELOPMENT

No related event to show at the moment.