The Argentine Research Institute of Social Economy (IAIES), since its foundation in 1966, has developed activities in advocacy and spreading of the social economy in various aspects, with the public good as first purpose. As nonprofit organization, actions have been focused primarily on scientist research and training.

It is also, from 1966, the argentine section of CIRIEC (Centre for research and information about public, social and cooperative economy), headquartered in the University of Liège, Belgium, and one of the oldest sections within this international organization. It currently integrates, actively, together with other countries, the International Board and the Scientific Council participating in different scientific works and providing speakers in the international congresses.

The fifty years of the Institute are the proof that the values and its founding principles have contributed to the necessary strength to endure throughout different historical moments lived in the country.

In different eras, the congresses held in Argentina have witnessed the efforts made by the Institute to defend cooperatives, mutuals and other institutions of the Social Economy for the achievement of a solidarity world and the empowerment of the social capital of communities that help their subsistence and development, as is the case  of workers managed enterprises.

IAIES is formed by organizations of the Social Economy, educational institutions, cooperatives, graduate schools, research institutes, and public and private agencies in the role of protective Members, as well as by independent persons of those organizations that are committed to the principles and purposes of the institution, in the form of individual members.

The voluntary efforts developed by its members at different moments, has allowed the IAIES to remain a valid reference for those who understand solidarity as a life mean, including the role of creativity, democracy and freedom. The great men trajectory and examples who were part of this Institution, testifies its own foundational values and ideals.

About the IAIES activities, it is necessary to point out the production and editing of Cuadernos de Economía Social.  First time edited in 1979, this journal is now a reference at national and latin-American levels. The Institute of Research in the Social Economy (IAIES) is the pioneer institution in the scientific and technical publications on Social Economy in Argentina.

Finally, is worth mentioning that the IAIES scientific activities include: the realization of specific researches, seminars, training courses, congresses, and national and international events on Social Economy. They are directed by the founding principles and with the objective of the publicity and promotion of the Social Economy sector and its related spheres (cooperatives, mutuals, nonprofit associations with democratic governance, solidarity and labor organizations, and public enterprises). 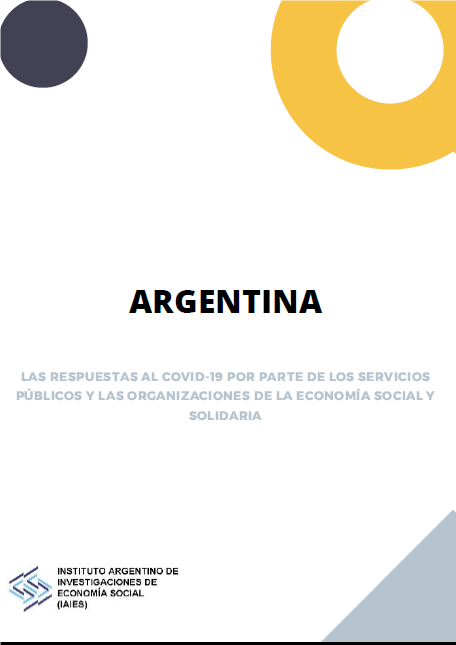