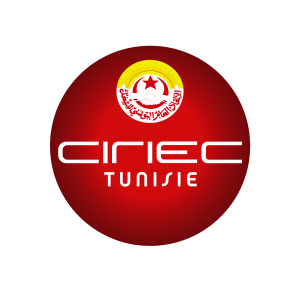 CIRIEC-Tunisia, based in Tunis, is hosted and managed by the Tunisian General Labor Union (UGTT), the main trade union center in Tunisia.

Created at the initiative of some activists, experts and academics working in the UGTT, and more specifically in the departments of international relations, studies and legal affairs, CIRIEC-Tunisia is officially recognized as a CIRIEC national section in October 2019.

CIRIEC-Tunisia has the following missions:

And its more immediate objectives are:

Its founding members are Souad Khallouli (Attaché to the Department of International Relations and Migration, UGTT) – Lotfi Ben Aïssa (Financial Expert and former Director of Tax Studies at the Ministry of Finance of Tunisia) – Akram Bel Hadj Rhouma (Expert in SSE and Strategic planning in Tunisia) – Sami Aouadi (Professor at the Faculty of Economic Sciences and Management, University Tunis El Manar) – Naouel Jabbes (Project Manager at the Ministry of Agriculture of Tunisia) – Karim Trabelsi (University teacher-researcher & Director of Studies at the UGTT) – Ahmed Galai (Vice-President of the Tunisian League of Human Rights (LTDH).

Report on the Constitution of CIRIEC-Tunisia